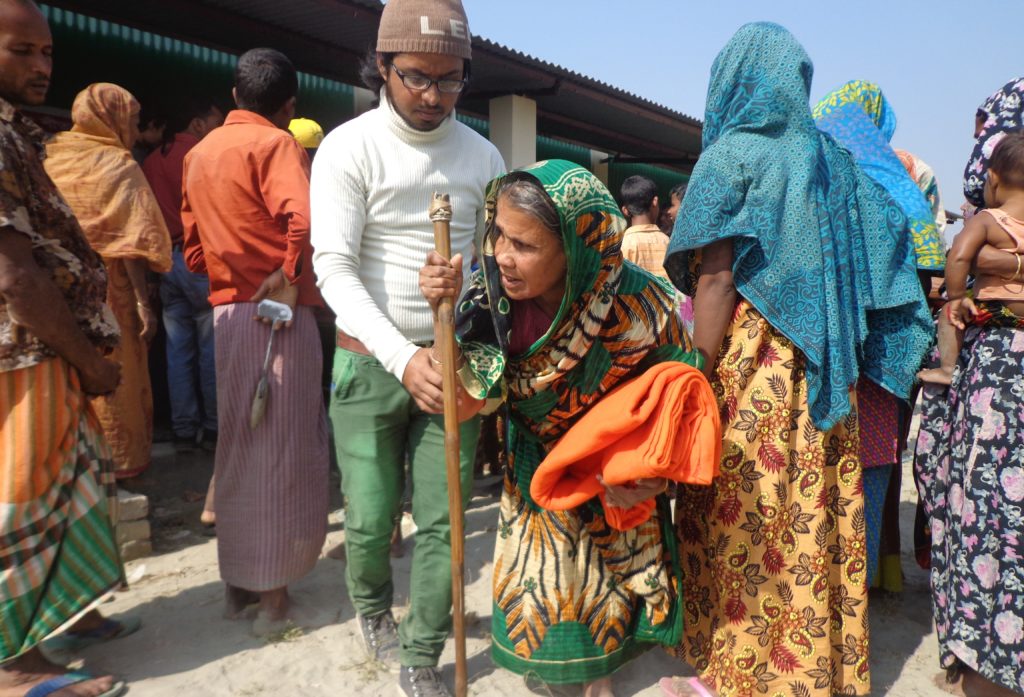 The long winter in Bangladesh lasting from December  to February  was one of the most severe winters of the recent times with lowest temperature being as low as 4.5 degree Celsius. Many people died and yet more many more suffered from cold related complicacies. The benevolent donors positively responded to the emergency with reference to request for help placed earlier. During December ‘11-January ‘12 extreme cold spell, dozens of old men, women and children died especially in the spell-hit northern regions of the country. Bangladesh daily newspapers printed many reports and pictures of victims in their many issues. Victims were reported to have been awaiting help from government and NGOs. Benefit and Impact: Thousands of poor and needy families benefited from the program receiving blankets The beneficiary families have been considerably free from cold wave sufferings and they could start their normal daily life activities and children went to school again. The size of the population is usually indicative of the potential number of beneficiaries in the area. However, if the project is targeted to benefit a particular section of the community or local population (e.g. school children). Aims & Objectives: The project sought to achieve the following objectives: 1- To reduce sufferings of orphans due to cold wave 2- To reduce cold related sufferings of old women and men of extremely poor families 3- To attain Allah’s blessings through serving suffering humanity