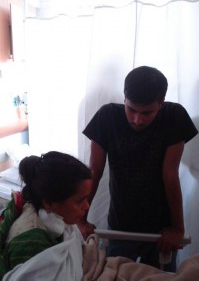 Bangladesh is one of the most densely populated countries in the world with a population of about 160 million squeezed in an area of 147,570 squire kilometre. Poverty is wide spread with a low per capita income of about US $ 421. Approximately 41% of the population live below poverty line while 19% in extreme poverty. Article 21 (2) of the Universal Declaration of Human Rights, which was adopted by the UN General Assembly in 1948, states: “Everyone has the right of equal access to public service in his country”

TREATMENT FUND RAISED AND PROVIDED TO A CANCER PATIENT

TREATMENT FUND RAISED AND GIVEN TO ARIF`S MOTHER