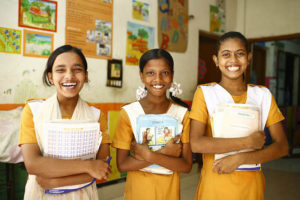 Bangladesh being has been experiencing various natural and artificial calamities for last four decades from 1971 to 2011 including war of liberation in 1971, famine in 1973-75, cyclone and tidal surge in 1970, 1991, and 2007, devastating flood in 1988, 1998, and 2004, frequent drought, river erosion, tornado and so on. Various social tribulations like terrorism, dower, rape, acid throwing, and drug addiction have just added fuel to the flame. Consequently, children in general and especially orphan girls and boys in Bangladesh have become deprived and victims of such types of calamities. Orphans found to be one of the most vulnerable backward sections of the society and are generally considered as burdens to their widow mothers.

The plights of poor and needy orphan girls and boys know no bounds. Orphan boys and girls are helpless every way: no father, no responsible guardian, no education, no assurance of food, clothing, and shelter, and as such, no future. This project sought to reduce this unwanted condition of the poor orphan girls and boys by providing some supports to cover their educational, clothing, food, and health care costs and helped them get out of their plights and build a definite future of their lives. This project has served as an assurance of benefit for the totally helpless targeted orphan boys and girls.

The specific objectives of the orphan care project are:

The projected orphans will be brought up and educated under the direct supervision of Shoily Foundation management in such a way so that they can be a real human being representing themselves as a model of society, at the same time they can succeed in professional life (i.e. they can be a University Lecturer, Physician, Engineer, Pilot, Lawyer, Army Officer, etc.). The following impact will be reached by the project period

Shoily Foundation duly considered it to cover boy and girl orphans as far as possible under the project.