SELINA, A SAVAR VICTIM, PROVIDED WITH A PERSONAL COMPUTER

A savar victim, Selina Akhtar (Age 21) wife of Md. Masum Miah (Mechanics worker in a Garments factory), was  working as a garment worker at a Garment factory premise at the upper floor of Rana Plaza, Savar, Dhaka. She was living at Savar on this regard. 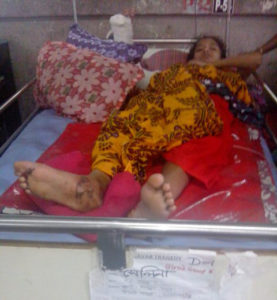 On 24th April Selina was working on the upper floor and suddenly the building collapsed and she was trapped. In the incident, she rushed to the adjacent room to save her life while the whole building collapsed within a few seconds and fallen down several times before moved out the building. The adjacent room also collapsed while she entered into that room and subsequently, she was jumped into road beside the building. Her hands are fractured severely during this jump. She was rescued by the rescue team and brought to the hospital for medical management.  She was still under medical treatment (CRP therapy) while our team moved to her place. She was living a decent life before the accident. But she has fallen into the midst of uncertainty after the tragedy.

Later, Shoily foundation rehabilitation team assessed her reintegration plan as she was not willing to go back to her previous job as a garment worker. Rather, she wanted to start a business which is convenient as well as suitable for her.  Accordingly, she was provided with a personal desktop computer by the rehabilitation team of Shoily Foundation on August 4, 2013.

Selina said, according to doctor consultation, she could not be able to do any work in a year. Thus, she wants to do something which does not need much physical effort such as the computer operation, mainly word processing in the meantime, so as to she can go ahead to find a job once she is properly trained with it.  To sum up, she wants to save her family at this point by doing a job related to the computer data processing and afterward, she will be looking for a job in the field of data processing. Notably, she has a bit background on computer operating.

According to her speech, she was satisfied with the quality of medical treatment funded by govt. In addition, govt team provided her with 10,000 Taka for post treatment which was not enough for her according to her overall condition.

She asked to all to pray for her to recover her hands very soon. 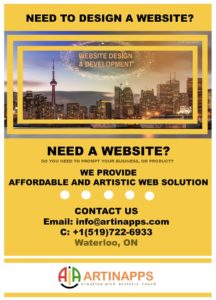